On April 12, 2018, two African-American men were arrested, marched out of the Starbucks in handcuffs after being rejected to use the bathroom without any purchase at a Starbucks store in Philadelphia. The incident was caught on video and posted to social media where it went viral, creating an outrage at the treatment of the two men. Right away, though, Starbucks’ leadership stepped up. Starbucks publicly admitted its wrong doing on Twitter, and explicitly stated that what had happened in their store in Philadelphia went against their values. Both the CEO and the executive chairman apologized personally to the two men and offered to support their entrepreneurial pursuit. To demonstrate its commitment to its fundamental principle of “Everyone is welcome”, and as a response to the incident, Starbucks adopted an open bathroom policy, which in itself brought new challenges for the leadership.

"A case is a vehicle for learning. (...)
[It is] an account or description of a situation, or sequence of events, which raises issues or problems for analysis and solution." 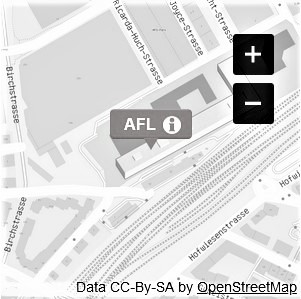 Our case study center is proud to present our field-research based studies. The areas of our research include but not limited to 1) Chinese enterprises going global; 2) Swiss/European firms entering the Chinese market; 3) Leadership and crisis management; 4) Family business.

While still adhering to management, our case studies describe the specific circumstances and environment a company finds itself in and detail the challenges that need to be resolved. In the classroom, students discuss the problems and apply their knowledge to coming up with possible solutions. This type of interactive discussion of real life cases is one of the reasons case studies have become increasingly popular in universities and business schools.

Our research is published in the form of business case studies and presented at workshops and conferences with the intention of sharing them with a broader audience. The research we do advances an understanding of both the increased prominence of Chinese firms in international business and what benefits and risks the exchanges can imply between China and the rest of the world.